Mosques
A mosque is an essential place for Muslims to worship their God, also known as Allah. In every city, at least one Mosque is built where Muslims can participate in prayer.

A great disappointment for many Muslims, a boosted call to each prayer is not allowed in the Netherlands. The reason behind this is the fact that citizens associate ‘’Allahu Akbar’’ (Allah is the greatest), with coercion or misery, while numerous Muslims experience it as something meditative.

The government has permitted some mosques to use loudspeakers for the Adhan (call to prayer), but it is only allowed once a week for one prayer. Thus, an individual must keep a record of the prayer times, which could be done through several applications.

Several famous mosques in the Netherlands can be visited by Muslims, which are as follows: 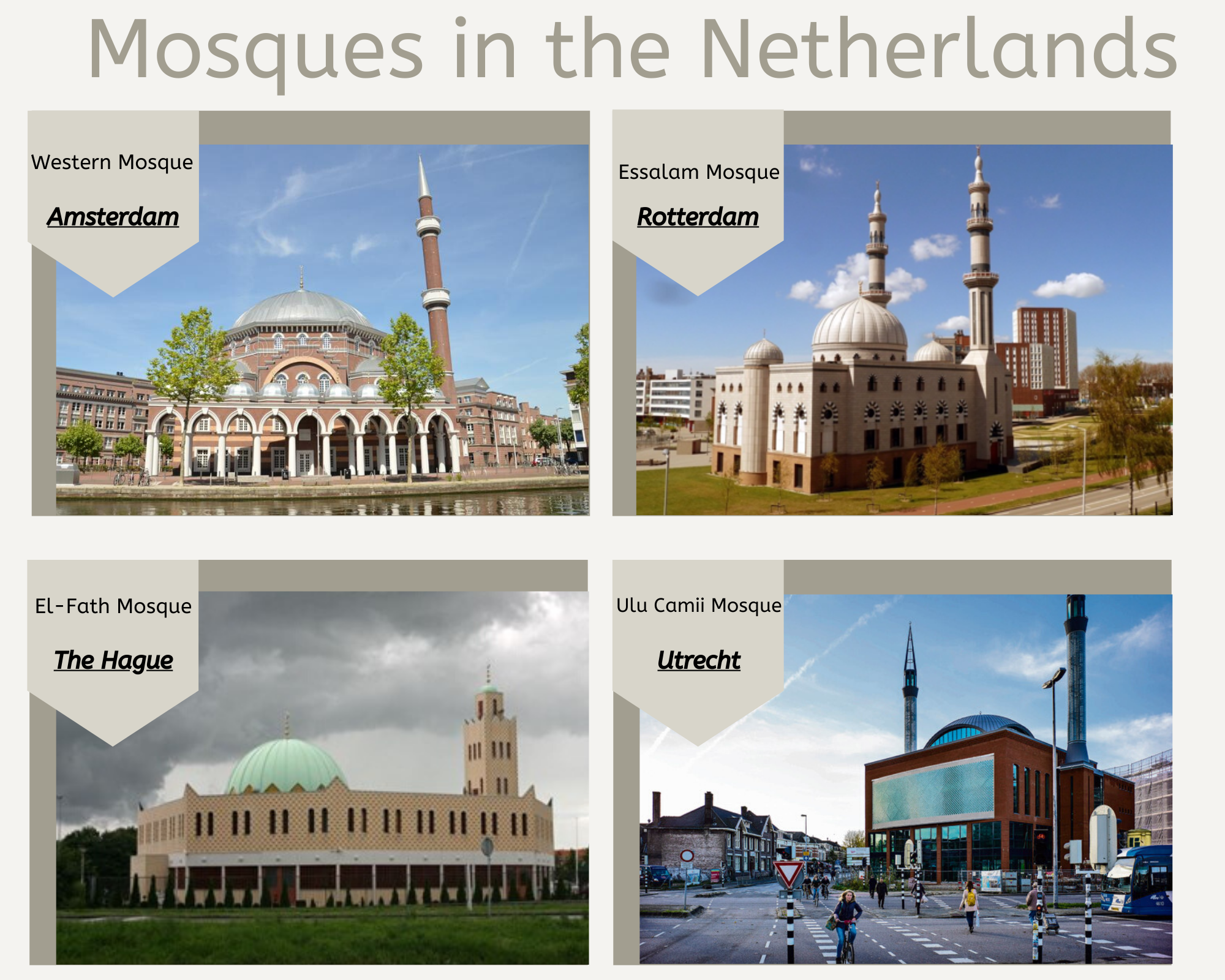 The second pillar of Islam is Salat (prayer), thus being one of the main priorities. One of the struggles that a Muslim might face in the Netherlands is finding a prayer room. Fortunately, all universities in Leiden, Rotterdam, Amsterdam, and Maastricht offer prayer room or ''silent rooms'' for their students. Hence, for the other universities which do not provide any prayer rooms or "silent room"; they will find a mosque nearby.

Fasting during the month of Ramadan brings both challenges and rewards. Due to the long fasting hours, Ramadan can be slightly challenging for Muslims in the Netherlands. The time between Maghrib and Fadjr is around 19 hours, which means that Muslims have only 5 hours to eat.

Since only 5 percent of the population is fasting, the temptation of eating and drinking is bigger. Several Ramadan survival tips that Muslims can take into consideration are as follows:

Since in the Netherlands, the majority is non-muslim, students have to deal with a holiday request. So, make sure that you inform the university about the unconfirmed date and that they will receive the holiday request on short notice.

The Netherlands has become more manageable for Muslims in recent days. A large majority of cities and villages contain at least one halal restaurant, which is most of the time recognized by a halal script or sign at the entrance. Some halal restaurants that could be visited are as follows:

Restaurant Helai, located in Rotterdam, is an Afghan restaurant where a variety of traditional meals are served. The restaurant is known for its elegant look and its high ceiling with an impressive hanging light. The average amount that is spent on a meal is around € 35,- (39 USD). 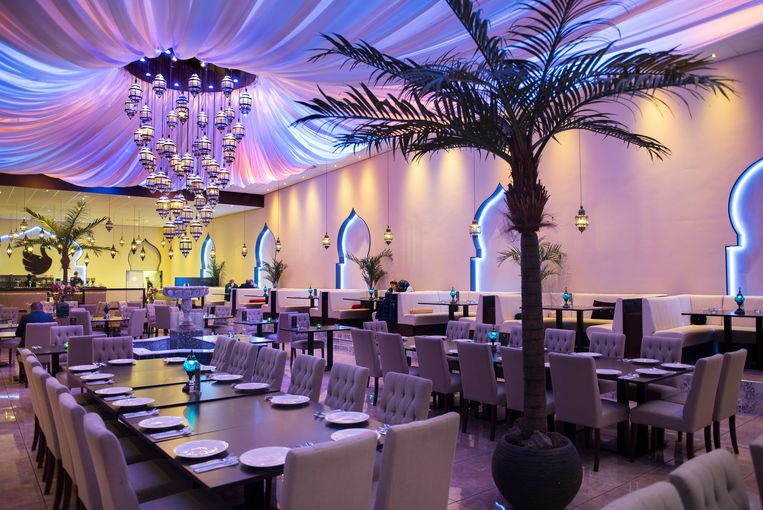 Helai's popular meal is ''Rijsttafel'' which consists of different main and side dishes, in small portions. 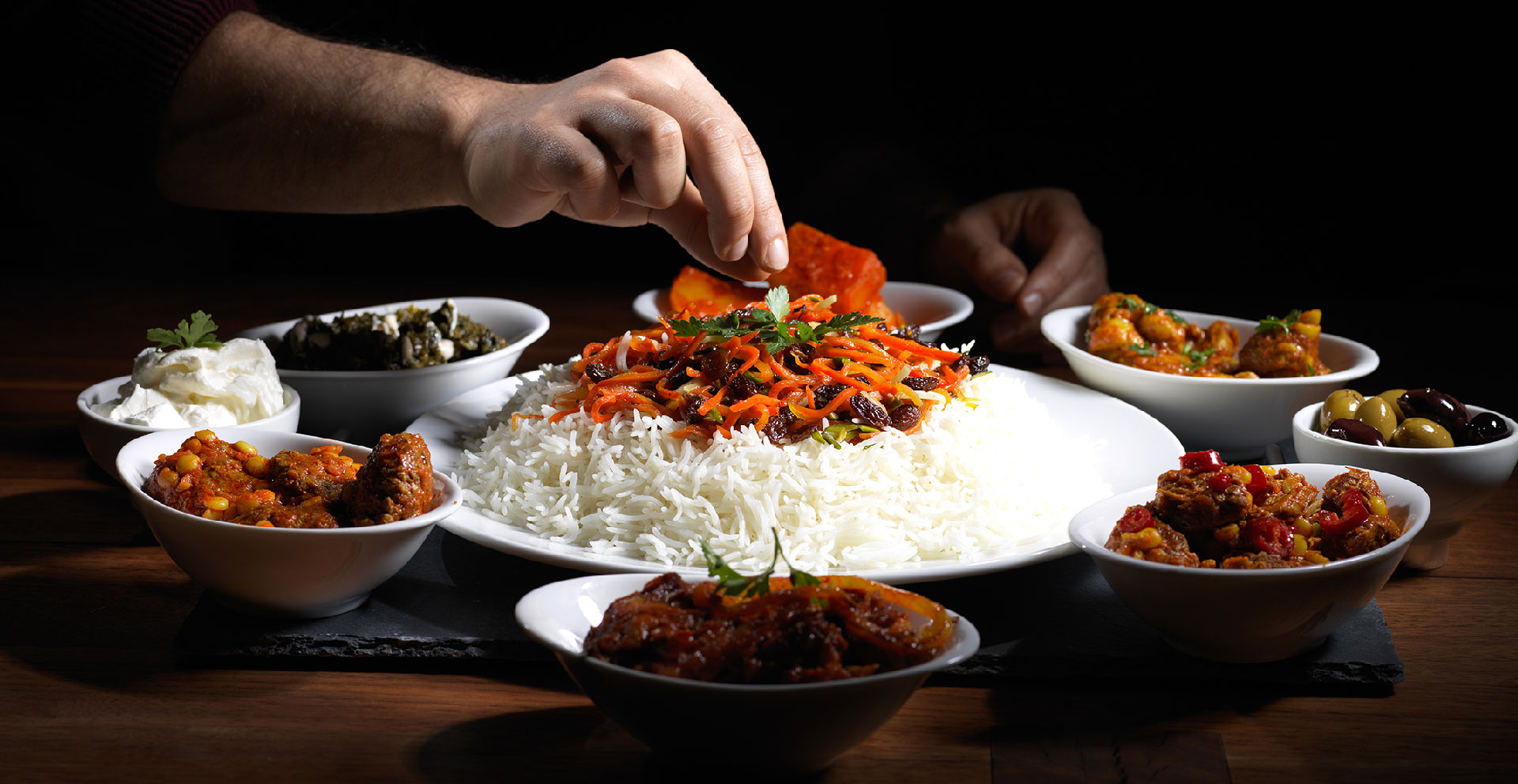 Restaurant Ourika, located in The Hague, serves authentic Moroccan cuisine featuring a variety of meat tagine and couscous, served with different kinds of vegetables. The average amount of a dish is around €23,-  (26 USD). 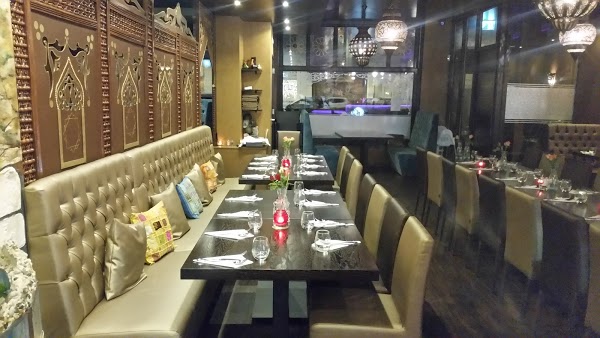 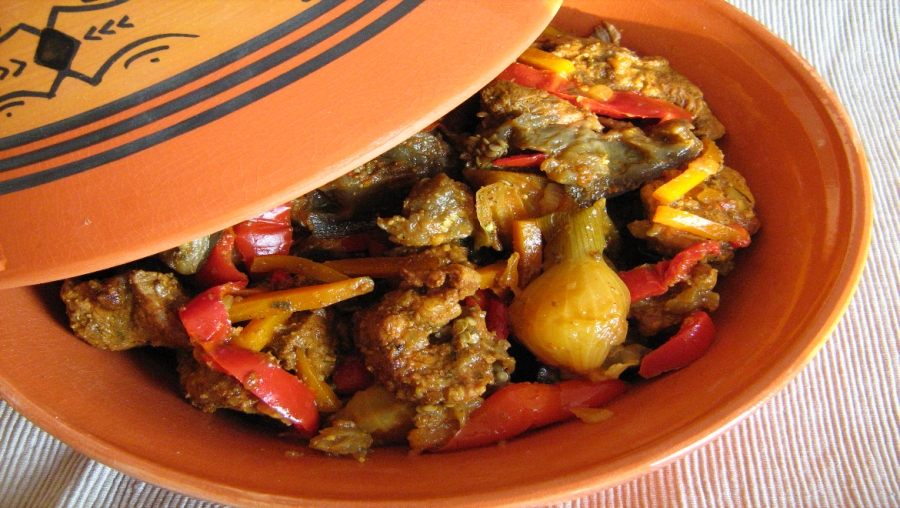 Halal Fried Chicken, also known as HFC, is a fast-food restaurant where Halal slaughtered chicken is served. HFC is located in Amsterdam, Rotterdam, and Utrecht. The average amount that a customer spends on the food is around € 9,- 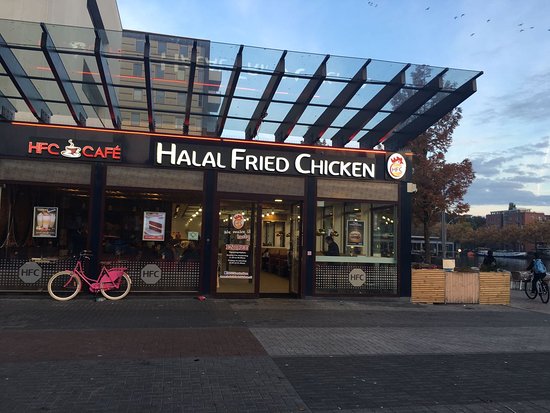 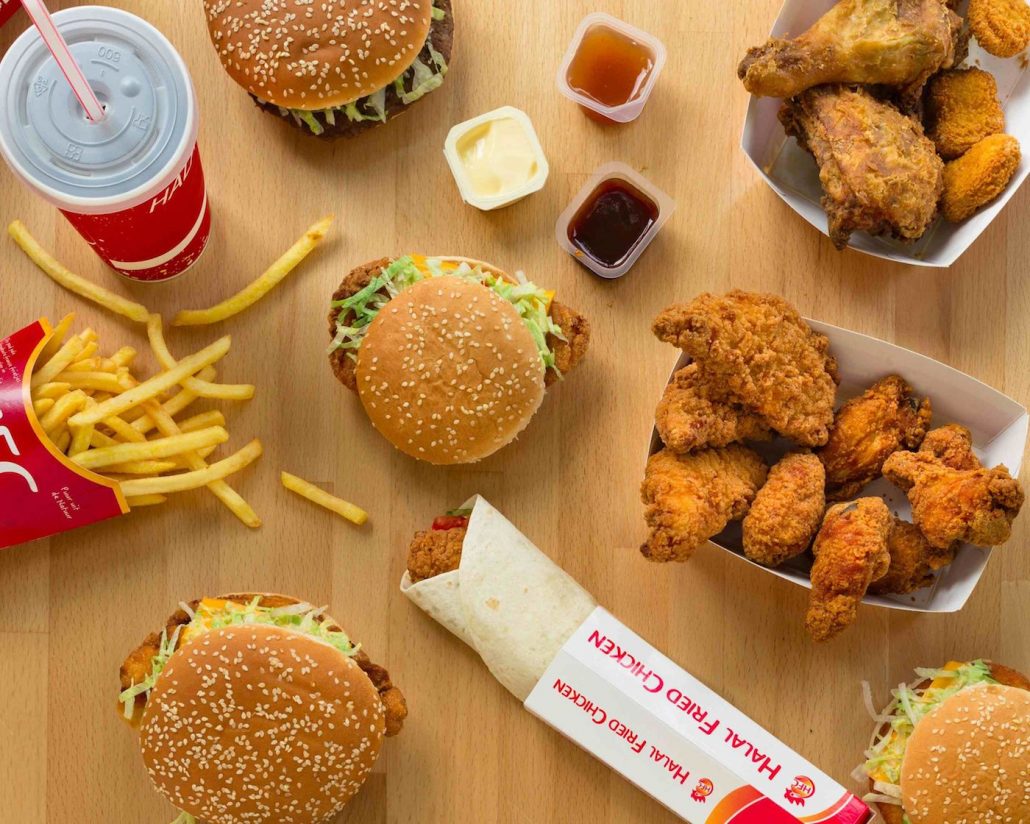 For meat lovers who prefer home-cooked meals over restaurants, butchers are located in different cities and villages that provide halal meat.

Muslim Friendly Shops
The Netherlands has many physical stores that sell affordable, modern and modest Islamic clothing for men and women. The latest hijab fashion, abayas, Islamic jewelry, can be found in these stores. There are also separate shops where Muslims can purchase English and Dutch Islamic books, the Quran, prayer rugs, and Islamic décor.

Hotels
In the Netherlands it is rare to find a 100 percent halal hotel, but there are several that cater to Muslim guests.

The halal hotels are as follows: